Having taken the guitar loops to their illogical conclusion with a Mahavishnu Orchestra cover, and then gone on an insane odyssey of self exploration and guitar abuse in his 30 minute set, which went down an absolute storm (and not just because he was sandwiched between two bands which were, er, 'not aimed at me'), he afterwards appeared to be decidely not ok. Backing this up with social media posts which suggested that he was worried about some of the dark places he'd gone in his set, it's therefore probably not surprising to find that 'Lucid' breaks some pretty serious new ground, and that, in his words, it's “inspired by a bit of a dark time.” 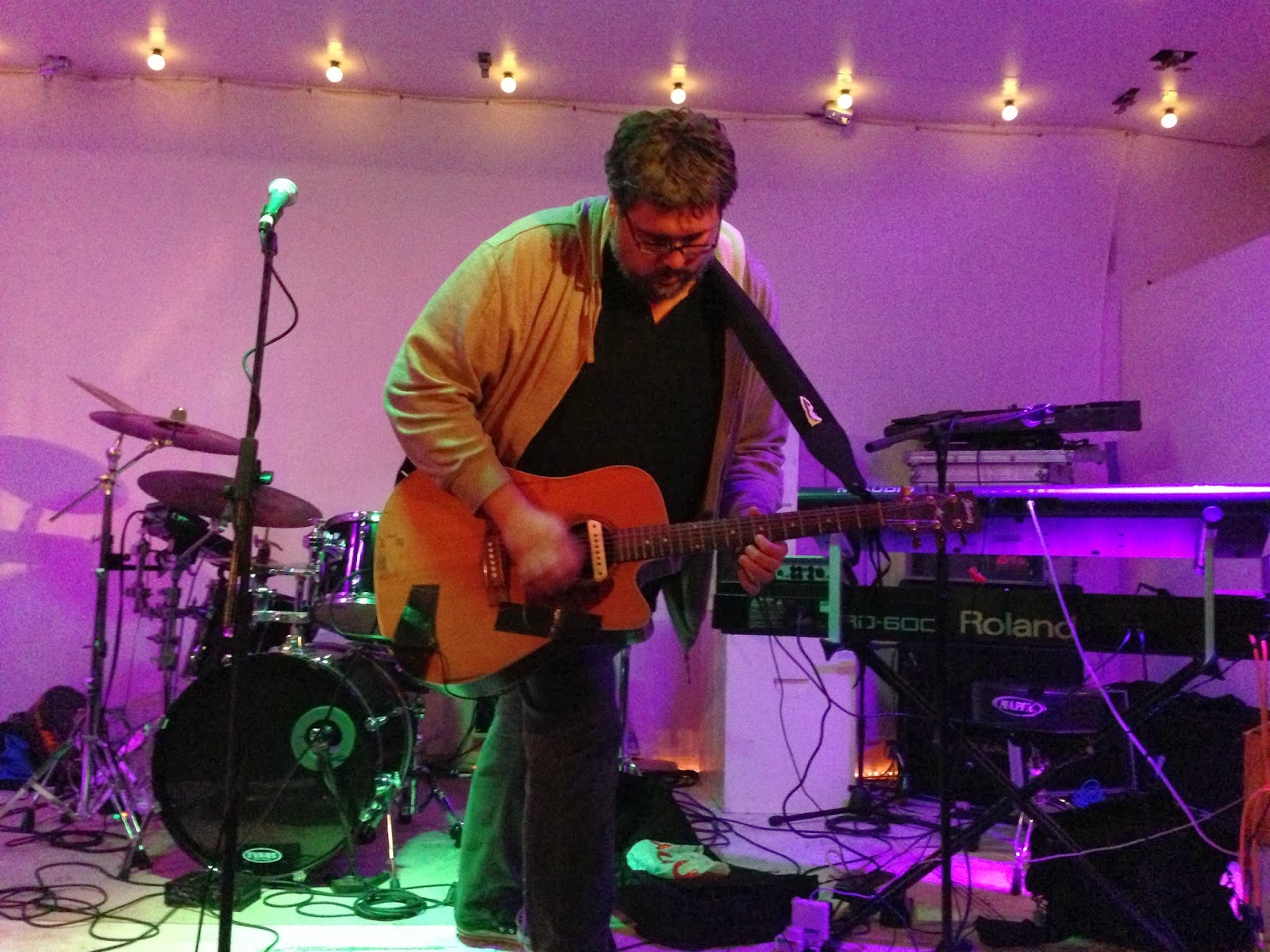 Matt is one of the most visually exciting performers I've ever seen, and his live looping acoustic sets are always the stuff of wonder, as I've mentioned a couple of times before. I can't say I've always been in the mood for putting on his solo CDs at home, however all that changed with the release of 'Relic', which introduced some exciting new aspects to the acoustic looping sound - and 'Lucid' takes it several steps further, round the corner, down the street, hops on a bus and thumbs you a lift to Mind Blown central.

Opener 'Oxymoron' is a pretty good statement of intent, kicking things off with a nu-Crimson-esque driving riff over some heavy drumming from The Fierce and the Dead's Stuart Marshall, with barely recognisable violin playing from Chrissie Caulfield and some screeching electric guitar from the main man himself. The chiming guitar patterns of 'Flow' introduce some familiarity, but with a different twist brought along by TFATD bandmate Kev Feazey's percussive programming loops, and 'Unsettled' actually isn't a million miles away from their work on the day job.

'The Other Side' brings with it the most acoustic guitar we've heard so far, and is also the most cheerful thing on the album, with a jaunty little 'chorus' (as much as an instrumental album has any choruses), played by Matt's guitar and Knifeworld's Charlie Cawood on pipa, which is apparently a type of Chinese stringed instrument. See, it's educational, too, this album. And then we come to 'The Ascent', a real 'Larks' Tongues in Aspic' moment, as befitting a track which manages to persuade legendary ex-Crimson drummer Pat Mastelotto to pop in and have a whack at everything in sight – and not only that, but that insane noise which sounds like a frantic Fripp-esque guitar solo turns out to be a widdly-widdly fest from Frost* main man Jem Godfrey on keyboards, as well.

By this point, even if you're enjoying the album, your head is probably spinning and you feel like nails are being driven into your cranium (or maybe that's just my hangover), so it's just as well that 'Coulrophobia' (fear of clowns: useful to know for your next pub quiz) is up next to soothe you with its gentle vibraphone over chiming piano motifs, as supplied by Chrome Hoof's Emmett Elvin. And then there's 'KEA', which is one of only two guitar-only tracks, starting out all Steve Howe before heading off somewhere a bit Oldfield-y and taking a left turn into Fripp-riff (Friff?) Parkway, and then 'Street and Circus' which is probably the most traditional Matt Stevens solo album track you'll find here, with its furiously strummed motif giving way every so often to echoey, spooky sustained notes and finally a looped and layered playout.

Right, are you nicely chilled out? Jolly good – because here comes one of the best things you're likely to hear this year, and coincidentally the one thing you already can hear, on Soundcloud...

My friend Tim described this track as “A volcano erupting in slow motion”, which I wish I'd thought of, frankly, but it's spot on. Explosive and powerful, but subdued and stately, 'The Bridge' doesn't give away its treasures in a couple of minutes like most of the tracks here – rather it takes its time creating a scene of epic devastation, pausing for acoustic reflection in the middle to set up one of the most beautiful repeated chord patterns since 'Shadow of the Hierophant' or the end of 'Gates of Delirium'. And then, just when you feel all comfy and cosy, it wallops you over the head, bringing the full on post-rock assault to massacre the motif until you can't take it any more, at which point everything breaks down gradually into noise before returning for an ear-buggering coda when you least expect it. It's pretty much the album in microcosm, and it's the highlight of Matt's career to date.

Wisely, he doesn't really attempt to follow this, but final track 'A Boy' is just as good in a different way – a gentle acoustic guitar lullaby, it's recorded in a way that puts you right there in the room with him, the visceral and physical experience of his live sets finally making it to record. (At least that's my explanation for why you can hear him breathing all the way through, and I'm sticking to it.)

Make no mistake – a nice little acoustic album for background listening, this certainly is not. Powerful, challenging, and daring, it might not be what you expect from Matt (although expecting the unexpected is always a good idea) - but it's certainly a statement you can't ignore, and it's the best thing he's put his name on. (So far).

Rating: 4/5
Buy: Oxymoron / Flow / The Other Side / The Ascent / The Bridge
Stream: All of the rest of it. And then buy the whole thing.
Avoid: Nothing, of course...


'Lucid' by Matt Stevens is released by Esoteric Antenna on March 31st. Preorder it here.