Welcome back to Earl's Court, where you join us for part three of our annual awards ceremony, hope you've got your hard hats on, don't mind the demolition men... No, Sam Fox, we're good thanks...

(Don't tell me you missed Part One and Part Two, did you? Well, definitely don't tell me that now, because I just made sure you didn't.)

Ok, it's time to dole out some musical "Razzies" for the stuff that just really didn't hit the spot this year - I think it's only fair in the interests of balance, and let's be honest, praising stuff isn't as much fun to read or write. 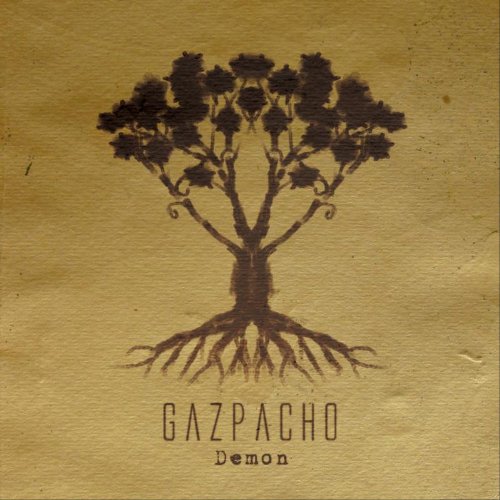 Both of these come highly recommended by people I trust. Like, seriously raving and drooling about them. Neither are in a genre that I know I hate, so neither could be said to be "not aimed at me". 'Black Messiah' was only released just before Christmas and already it is the number 2 top rated album of 2014 on RateYourMusic. 'Demon' is at number 46,  by the way, which is pretty good for an album on KScope.

I accept, therefore, that there is something pretty ruddy awesome about both these albums. It's just that apparently, whatever it is, I was innoculated against it sometime in my childhood. Those damn vaccinations...

Feel free to enlighten me, please. "Hey guys, I've just found this unreleased song from 'The Works', shall we put it on the remaster as a bonus track? What's that? You think we could milk a lot more money out of it? Have we got anything else to put it together with? A rubbish duet with Michael Jackson, yeah that'll do. Anything else? No? How about we remix one of Freddie's old dance tracks as a ballad? Ok, great, that'll make a good EP. What's that? Nobody would buy a 3-song EP? I suppose we'd better fill up the remainder of 2 CDs with a selection of album tracks and hits chosen by a blindfolded marmoset and randomised in a concrete mixer. Sweet. Do it."

If ever there was an argument for illegal downloading...

1. Shit name ("the kind of pun a 5-year old would come up with", says Karin. "It's not even an actual pun", says I.)
2. Shit album cover
3. Shit selection of previously unreleased material (i.e., um, nothing.)
4. Just a completely bizarre idea. Who listens to a CD which contains both "The Knife" and "I Can't Dance"? Who wants to hear both "Solsbury Hill" and "Over My Shoulder"? Oh, I know who. Genesis fans. Who already have all this stuff. Several times.

And the winner is... Genesis. For sheer brazen cheek. (See, there's a face on the front, which has got cheeks! That's a better pun than "R-Kive".) 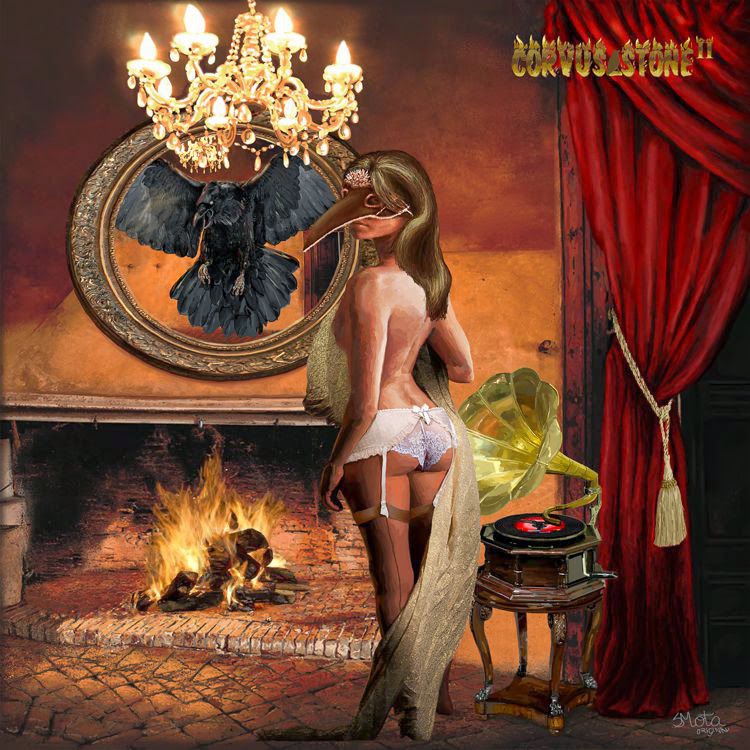 I've never heard this album, by the way. I can't think why I'm not that inclined to check it out. I like the way they stole the woman-turns-into-crow thing from Kate Bush, but I'm not sure they really nailed the tone in quite the same way that she did.


United Progressive Fraternity - Fall in Love with the World 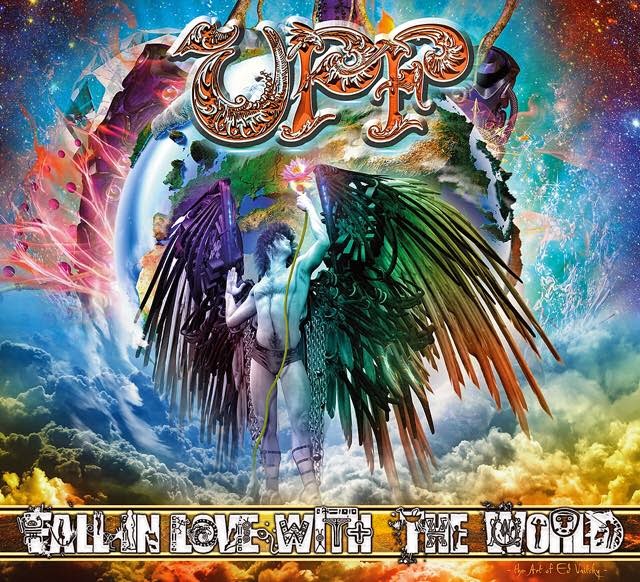 I think a rainbow unicorn just took a wizz in my eyes... 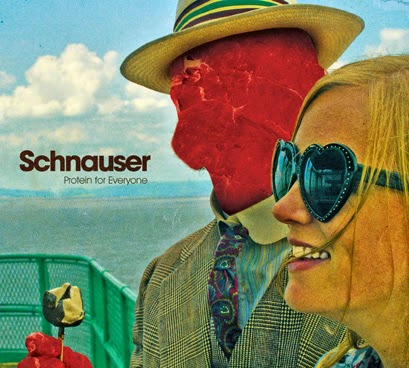 Something about this just makes me feel very ill. Meat doesn't belong under a hat. It's a bit like the mixture of the Dolmio Puppets and a real spag bol. I accept that it must happen, but it doesn't mean I want to look at it.

(The music, by the way, is actually pretty cool...)

And the winner is... I don't know, my eyes are irrevocably damaged so I can't read what's on the card.

I've got the URL for Steve Hackett's new album ready for a quick CTRL-V into next year's awards, by the way. 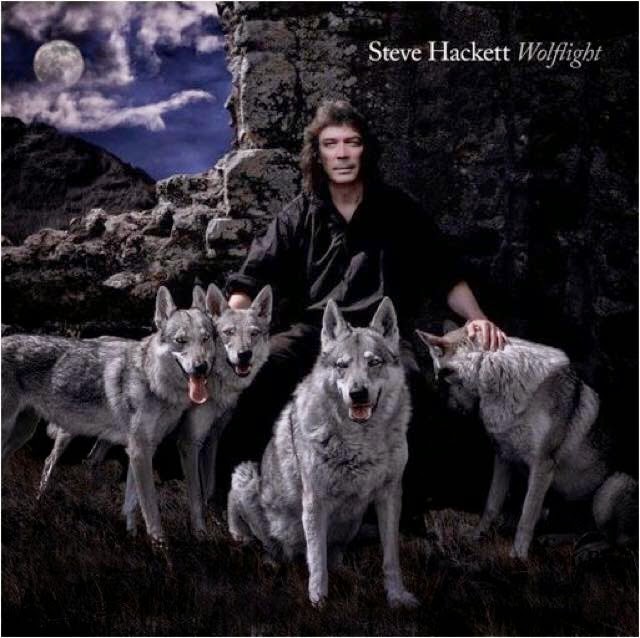 The "Please, for the love of God, just make it stop" award (I'm pretty sure nobody's ever made that joke before...)


- Mike Oldfield: Man on the Rocks I know we've already had this, but look, it was just so terrible it's worth pointing out again. Today, for the first time ever, having pre-ordered the deluxe edition, I actually managed to listen to the whole of this album in one go - purely for the purposes of writing this. I hope you appreciate it. Here are the notes I made, which I can't even be bothered to make into real sentences, that's how much I want my time back:

liked TA but this is same old same old, stupid growly voices, WHY? Don't let Pete sing. Just not very good songs, sorry. Black as the sky is kind of cool but it is basically Devil's Got my Throat from Snow so it ought to be

Look at that, I didn't even want to waste another full stop on it. Today, for the several hundredth time since it came out, I did not listen to this album. In fact, I tried to listen to it once when it did come out, and it didn't go very well, so I try to avoid it whenever possible. To mangle a saying from my friend James Allen, when people make suggestions for things for him to listen to: "But I've already heard an IQ album." I'm sorry, Sweden. I've let you down. I tried and failed to get engaged by this. It just sounded like more of the last album, and I wasn't that excited about that one. I shall go henceforth and give myself numerous lashings with an ornäsbjörk twig.

Ok, I don't know what it is, either I'm "growing out of" it, or it's stuck in a horrible rut in 9/8, or I'm just in a bad mood with the world in general, but me and Prog are not getting along this year. We've had our differences in the past and made it work, having that counselling session with Big Big Train last year certainly patched things up for a while, and that Lazuli/Moon Safari gig just before Christmas was a wonderfully illicit thrill, but I think for the sake of everyone, especially the kids, me and Prog are going to have to go our separate ways.

No, I'm sorry, that's my final decision. I'm not buying any more Prog albums. I'm just going to buy music from artists who push the boundaries, make interesting and innovative albums which demand a bit of thought from the listener - artists who aren't afraid to do different things with chords, rhythms and sounds, take on different influences from the whole world of music, maybe use some interesting instrumentation, who aren't constrained by things like song length, don't follow prescribed formulas, and who take me on a journey, maybe even tell me a story. Yes, that's right, progressive music.

P.S. For the love of all that is good and holy, can we stop calling everything Prog this and Prog that? Prog Curry? Prog Cruise? Prog Avocado? Are Sparks Prog? Is Nirvana? Are the Cheeky Girls? What are the most Prog words? How about which Christmas Carols have the most Prog in them? (Two genuine forum threads I read this year.)

This cushion, is that Prog? What's the most Prog fish in my aquarium? Oops, hold on, I think I may have just had a particularly Proggy bowel movement...


Next time: Some more stuff that I actually did like. I promise.