Ok, back again to resume our fictitious awards ceremony - head back to part one if you missed it, before taking your seat over there between Jarvis Cocker getting ready to disrupt someone's inappropriate performance and a coked-up record label exec.

(Yes that was probably the last time I watched the Brit Awards...) Iamamiwhoami have become quite a fixture in my end of year lists (of which this is self-evidently not one), and I'd pencilled in this latest instalment of their monthly multimedia moody-electro-pop extravaganza for obvious winner of this hard fought category - and with the quality of music on offer here, it should have been... but who knew there was such strong competition on the way?

Actually this is the first time I've done the whole "buy each track as a single as it comes out" thing, and what it's meant is that, as an album, this feels very uneven to me now - the first track "Fountain" was lovely when it came out in January, but I've heard it so many times now that the weird breathy, whisper-y section in the middle makes me want to throw kanelbullar at Jonna Lee's head, whilst the last track "Shadowshow" I can barely remember yet.

In the middle, though, there's the stunning "Hunting for Pearls" which has just the right balance of dark and light to keep you coming back time and again, the gorgeously upflifting "Blue Blue", and the Brazilian electro-carnival chaos that is "Ripple". What the hell "Tap Your Glass" is all about though, I have no idea. I'll just have a look at the video... no, no, none the wiser.

I will say, this year's videos (one per song, making an ongoing narrative which someone, somewhere can probably understand) are the best so far- the weird furry monsters seem to have disappeared, to be replaced by lots of dancing about near water, celebrating nature and being chased by creepy figures dressed in block body stockings. I'm all for that. A new band to me late in 2013 thanks to their stunning support slot for Sigur Ros, Maria Lindén and Fredrik Balck really stepped up a gear from their shoegaze-y debut this year with this bleak, dark, other synonym for dark, moody second album. From the frenetic and nervous "Faith" (Track of the year?) to the haunting futuristic film-noir soundtrack "Medicine Brush", via the just ruddy-bloody gorgeous "Denial" and "Weigh True Words", this album is very nearly perfect. I do pretend it finishes before the last track, though, sorry.


Winner: I Break Horses. Ultimately, I just like things a little bleak and depressing- and damn it, Iamamiwhoami, you just got a tiny bit too nice, cheerful and major key this year, with your sunny beach videos and Latin American carnival vibes. Still love ya, though.

The Best Mike Oldfield album of 2014

Mike Oldfield: Man on the Rocks 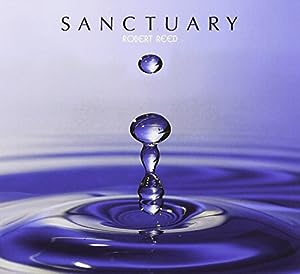 I want to hate this album with every fibre of my being for being so blatant... And yet, and yet. It's annoyingly well done, and there are some great tunes. (Even if they are basically by Mike Oldfield- run through a note-randomiser).

Although, I just re watched this video in which Rob Reed smashes up a record exec's office for not taking his album seriously, so now I'm quite fine with hating it - also those A&R guys at table 12 are looking a bit miffed so let's move on...

Yes, the guy from "Toast of London". Yes, he's made an album of eerie synth and chanting vocal music, upon which he plays everything, Oldfield-stylee, and Yes, it was largely created when he was trying and failing to sleep. Yes, I CAN hear you, Clem Fandango.

Now, I'm not going to pretend this is hugely innovative either, but it is weird and it doesn't obviously follow a pattern that I can discern, and it also has the decency to sound like Jean-Michel Jarre and Tangerine Dream at the same time as Tubular Bells, so for that reason I'm in.

Brought here to you from the summer of '68 by means of some freaky musical teleportation device, here come Temples with their brand of fuzzy, sunny, hazy sounding psychedelic rock tunes - and oh, what tunes they are, it's physically impossible to be unhappy whilst listening to this album, and believe me I've tried. Here you go, here's 'Keep in The Dark', and 'Mesmerise' which aren't necessarily my faves, but look, they've got videos which tell you exactly what you think about the band without having to try too hard. Sweet. 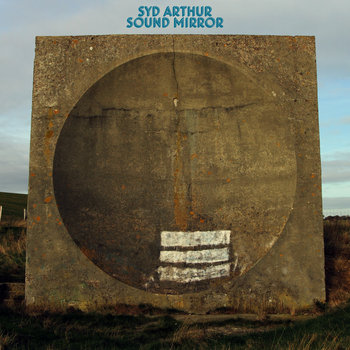 Skipping on a few years to 1970, let's imagine we're in Canterbury (no, not the Canterbury where my parents went to university which apparently didn't contain ANY of the amazing music I know to have been happening there, I mean the one where people went out and saw bands and got into the whole scene, man...) - and here come a fresh faced new prospect, Syd Arthur, with their somewhat harder, rockier, less fuzzy and "peace and love" approach to the turn of the decade. With twisting time-signatures and interesting chords, they may be onto something - something that should maybe get a name beginning with P, can't think what now. It's happening though, and it's here.

Check out 'Garden of Time' here, cause it's on YouTube and everything, which makes it rather easier to do so...

Winner: Very close, but Temples just win out here. Tune after tune after tune of top summery smashes. Mind you, I've not tried listening to it in winter, it might sound awful...


Tune in next time for more made-up and hastily decided-upon awards...